Most Chiropractors Don't Believe in Vaccines

Although there is overwhelming evidence to show that vaccination is a highly effective method of controlling infectious diseases a significant portion of the chiropractic profession maintains a strongly anti-vaccination bias. There is at least one survey (Table 1. from PDF pictured above) which shows that a whopping 51.3% of chiropractors do not believe vaccines are effective in the prevention of disease. Another survey queried 1% of American chiropractors and found that:

One-third agree that there is no scientific proof that immunization prevents disease, that vaccinations cause more disease than they prevent, and that contracting an infectious disease is safer than immunization.

Clearly something is amiss among the chiropractic schools. But stealing a line from St. Francis of Assisi: " Where there is darkness, light". Two Canadian chiropractors, Jason Busse and Stephen Injeyen, writing in the highly respected journal Pediatrics with microbiologist James Campbell, identified tactics used to oppose and confuse the public about immunization. The playbook sounds much like something used to fight climate change:

1) Doubt the science
2) Question the motives and integrity of the scientists (greed)
3) Magnify the disagreements among scientists, and cite gadflies as authorities (doubt the consensus)
4) Appeal to personal freedoms
5) Claim action will cause more harm than good

Anyone that doubts the efficacy of vaccines needs to read up on polio. In the summer of 1916, 27,000 people were paralyzed in the US, with 6,000 deaths. All of which were from polio. In 1952 the United States had a polio epidemic with nearly 58,000 cases reported cases, 3,145 deaths and 21,269 were left with mild to disabling paralysis.[5] Today polio survivors are one of the largest disabled groups in the world. The World Health Organization estimates that there are 10 to 20 million polio survivors worldwide with 254,000 persons living in the United States who had been paralyzed by polio.[6][7] Many of these survivors face new disabilities 15 to 40 years after their original illness, which could leave them using wheelchairs or ventilators for the rest of their lives[6] Polio is one hell of a disease.

In 1955 an injection vaccine was announced to the world and in 1962 an oral (pill) form became available. The two vaccines have eradicated polio from most of the countries in the world[8][9] and reduced the worldwide incidence from an estimated 350,000 cases in 1988 to fewer than 2000 cases in 2006.[10][11] In 2006 only four countries, Nigeria, India, Pakistan, and Afghanistan, had active polio outbreaks. The success of the polio vaccine has led the World Health Organization claim that "global polio eradication now hinges on" these four countries.[12]

Unfortunately chiropractors are not the only group of people on the planet that feel threatened by vaccines. Datti Ahmed, the President of the Kano-based Sharia (Islamic Law) Supreme council, which administers Islamic law, claims that the polio "vaccine is part of a United States-led conspiracy to de-populate the developing world."[13] As with all conspiracies, this one does not escape irony. From the Washington Post:

Six countries in the world still have "endemic," or freely circulating, polio virus in their populations. All except Nigeria are in the late stages of eradication campaigns. That country has had 259 cases of paralysis from the disease this year -- nearly 80 percent of the world total.

And on the chiropractor side:

[A] boy whose chiropractor father did not believe in immunization was the first fatal case of childhood diphtheria in the nation that year.

Clearly Hygeia, the goddess of health, does not like chiropractors or even certain Muslims. Of course if you believe the chiropractors "natural cycle" argument then I guess polio is just that disease that mutated so it no longer affected humans. And so the most fit strain of polio will forever live on... somewhere else. And that my friends is what we call evolution. :-p Darwin would be proud of the chiropractors. 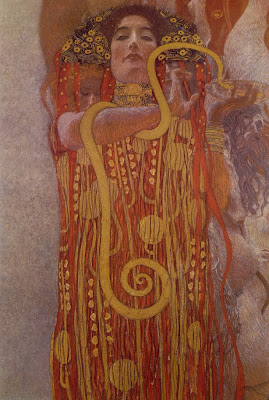 The vaccination issue came up in our pediatrics course (chiro student). Our instructor was neutral about and just presented the research available.First, there are two chiropractic camps the Straights and the medipractors. I'm the latter. Straights believe in only adjusting the spine and only treating with the hand (generally anti-allopathic). Medipractors we adj whole body (extremities) and utilize equipment like ultrasound, microcurrent,and EMS. The straights think everything can be solved via adjustments and they would be oppose to vaccinations. We medipractor aren't against all vacs just some. I wouldn't vac against mumps of chicken pox. Peer reviewed research says it does not protect as long as it should and when it doesn't you get the stronger stains. I'd only do rhubella for a female child. They side polio as the big vaccine and I respect that but I also know that there are ups and downs with illnesses and when americans started taken the polio vac the rate of polio went down but odd the number went down in europe too and they didn't have the vac yet, so its the natural ebb and flow not totally vac.

Really appreciable blog. Your blog is very much impressive. I am surely following ur blog.

Please make the obvious apparent to the readers here: the data about chiropractic opinion is from 1994. Chiropractic education changed dramatically between 1995 and 1998, so I implore you, as an advocate of fair and balanced and ACCURATE information to reflect the current situation, and not some irrelevant past. The majority of chiropractors as of the 21st century DO endorse vaccines, as evidenced by updated publications found in JMPT and information available from chiropractic schools who conduct surveys of their students' opinions on this subject. I am very disgusted that the information provided here is so out-dated, so inflammatory (via absolutist conclusions about chiropractors) and that, most importantly, this entry is labeled as scientifically accurate. When the data is more than a decade old at the time of the writing, one can hardly draw overarching conclusions, as is done here with poor taste and poorer logical competency. This is not an emotional issue people, it is a simply issue of fact, so as a major evidence-based advocate I hope you will leave the obvious emotion out of the public articulation of good scientific conclusion.

wichita chiropractor
A reputed and reliable Wichitas Chiropractor can help you to lead a healthy life by putting an end to your back pain or other aches related to your joints, bones, muscles. Chiropractors basically employ natural therapies to treat spinal misalignment which can lead to several types of conditions. Unlike the traditional doctors and health experts they do not make use of surgery, needles or medicines
http://www.thewichitachiropractors.com

It can't have effect in fact, that is exactly what I suppose.

I do not believe in vaccines either!